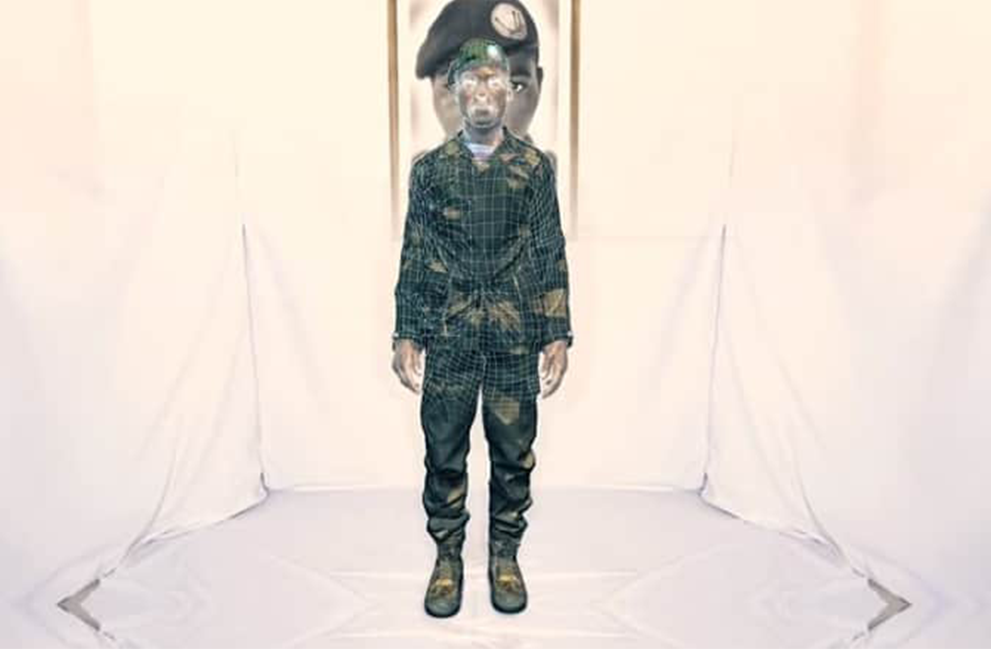 The Enemy: War photojournalist Karim Ben Khelifa brings attention to combatants and their suffering in a whole new way.

By the time I was standing face to face with Jorge, a heavily tattooed MS13 gang member and fighter in the Maras area of El Salvador, I had kind of forgotten that I was wearing goggles and a backpack in the Phi Centre, experiencing the latest VR installation: The Enemy.

I approached Jorge, a.k.a. Koki, to see the details of the tattoos all over his bald head, face and body. He moved away from me and gave me a glance.

I stepped back. I felt bad for making the man feel exoticized. I also felt a little scared.

That’s how real it gets in this 50-minute experience, created by Belgian/Tunisian photojournalist Karim Ben Khelifa.

They’ve been interviewed by Ben Khelifa, whose questions you hear.

Their answers are honest, tempered, sometimes in keeping with the propaganda of their respective groups. Other answers strike me as a little more real, as they recount their individual wants and fears.

You move through these empty rooms where the fighters are waiting to meet you face to face, brought to virtual life, thanks to the expertise of the project’s co-producers, the National Film Board of Canada, the Montreal digital creative studio Dpt., France Televisions, Camera lucida and Emissive.

The physical details have a powerful impact.

I couldn’t stop looking at the hands of Patient, the soldier from the Congolese army.

I had a hard time staring into the eyes of his enemy, Jean de Dieu, a fighter with the Democratic Forces for the Liberation of Rwanda.

The 33-year-old man, wearing a T-shirt, rain boots, a tiny tuque and a knapsack, looked 15 years younger. His large eyes are yellowed — perhaps from witnessing the kind of violence in which he’s been participating since he was a child.

An orphaned Rwandan in a Congolese refugee camp, he was forced to join a conflict that has been going on for at least 20 years.

So the stories are powerful as well.

You walk out, possibly a little dizzy, if you’re not yet familiar with virtual and artificial reality experiences.

And you walk out with a least one more question than when you went in — about humanity, about your stereotypes of “the other,” or about how we all rationalize the world’s need for violence, and how that rationalization is driven by a constant yearning for peace.

Khelifa’s goal is to reach another audience with this work — the next generation of fighters.

“The people who are going to be given the choice to take a weapon because they are at war technically, in Israel, in Congo, in Palestine, in Salvador,” he explained to me after I went through his “journalism meets art meets real life” experience.

“It’s not always a matter of choice, but at least if you can have what I call a ‘journalistic intervention,’ that makes them live an experience in which they realize there is humanity on the other side: that’s my intervention.”

Afterwards, he said, they are left with a choice: “To take a weapon — or not.”