The story of the struggle against Apartheid is symbolised by one man: Nelson Mandela. He came to public notice during a historic trial in 1963 and 1964. Mandela would have been a hundred years old in 2018. He was not alone at the trial. Seven co accused (five Blacks, one White and an ethnic Indian) were sentenced with him to hard labour for life. All had faced the threat of hanging. Yet at the risk of their lives, they had chosen to turn their trial into a political indictment of the segregationist regime.

Nelson Mandela gave a speech from the dock and was not cross-examined. So Walter Sisulu, the grey eminence of the movement, was the first co-defendant to take on the formidable prosecutor Percy Yutar. Sisulu, who had left school at the age of 14, started out at a serious disadvantage. Yet over the 5 days of the hearing, he ultimately succeeded in making his case in front of journalists from all over the world, as well as the diplomats attending the trial. Today, with 256 hours of audio recordings of the hearings (recently unearthed and restored by France’s Institut National de l’Audiovisuel), we can relive that battle and, through those remarkable resources, (re) discover the story of the ANC’s fight against Apartheid.

The illustrations of artist Oerd Van Cuijlenborg plunge viewers into the Rivonia trial hearings. They find themselves in close proximity to the protagonists and totally immersed in the proceedings thanks to 360° virtual reality and spatialised sound. 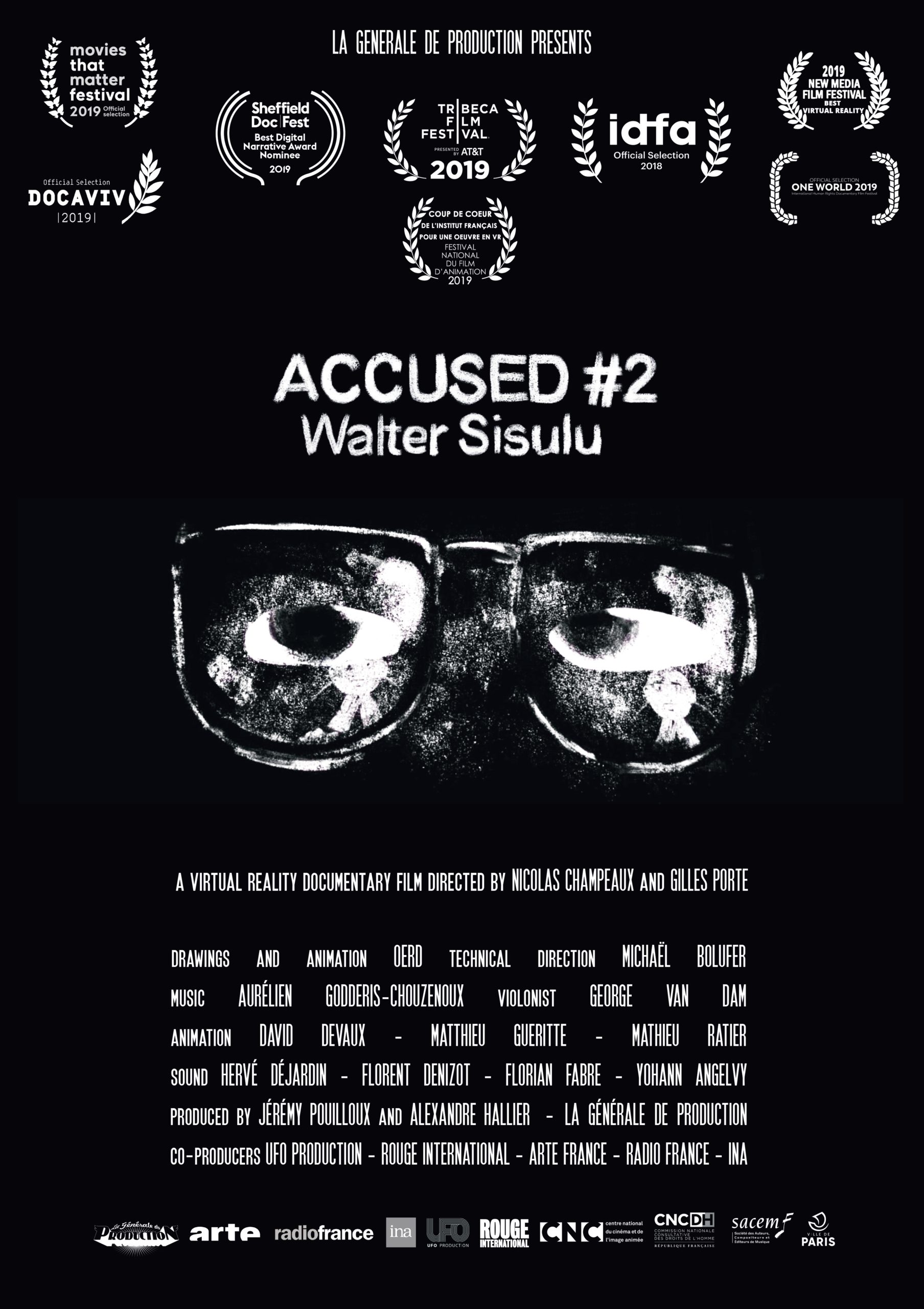