A 360° film by Gordon and Andrés Jarach

In 1560, Bruegel the Elder produced an intriguing painting: two hundred children literally invade a Flemish town. Projected into the heart of Bruegel’s work, you move from one group of children to another – the young inhabitants of the painting seem troubled by a disappearance.

This immersive experience brings us into extraordinarily close contact with the characters peopling the painting “Die Kinderspiele” who we see on a different scale, as if we ourselves have changed size to join them in their children’s games. We are no longer in the museum or standing in front of an almost 500-year-old oil-on-wood painting, but plunged into the joyous confusion of a children’s playground.

This 360 film is part of the Arte Trips collection, an immersive series in major works of art, co-produced by ARTE. 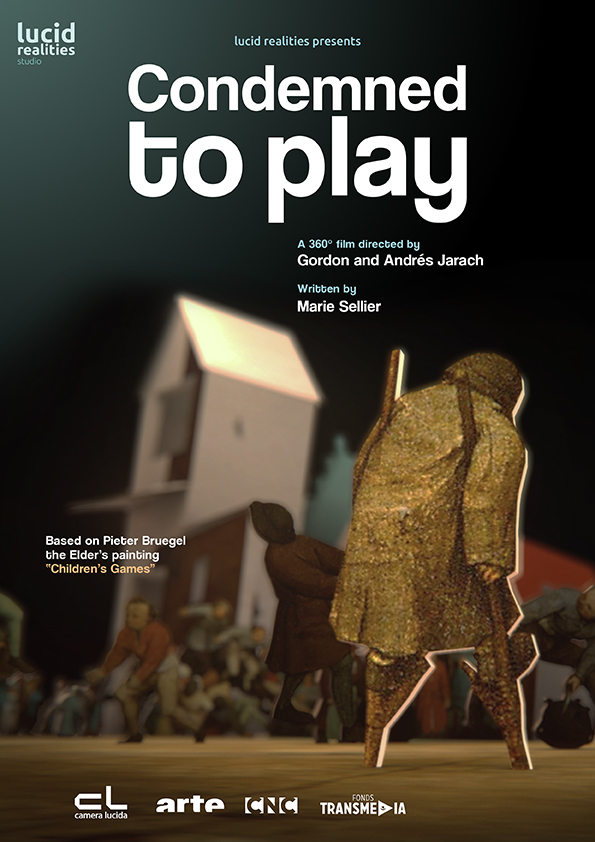