THE MONK BY THE SEA

A dark, overcast day. Or is it evening? Or even early morning? Is a storm gathering? This painting does not tell us exactly. Then there is that narrow, sand-coloured strip. And the figure standing there in a dark monk’s robe, gazing out into the distance.

MONK BY THE SEA is one of the most important German paintings of all time, and “the” painting of the German romantic period.  In 2015 the masterpiece by Caspar David Friedrich was restored and it turned out he had originally planned the painting differently. Through infrared light a “picture under the picture” became visible.  Ships had been sailing on the waves, and the monk was facing a different way. For two years, Friedrich worked intensely on the canvas. He eventually decided against the classic image construction and instead made the painting revolutionary in its emptiness.

The VR experience starts with the personal reflections of Caspar David Friedrich from a 1811 letter. With precise words he describes the setting of his painting. The experience is located on the coast, its surroundings are drawn in bold lines.

We encounter the lonely monk on the beach. While in the painting we only see his back, the viewer can walk around him and get a view of his face. The encounter with the volumetric video of the monk is the heart of the experience. But the monk stays a mysterious character. While the viewer turns away the monk disappears, and the viewer stays alone on the beach in black and white.

The desire to be in a parallel world and the mystification of nature, which is so typical for the Romantic period, is part of the VR experience. With the waves approaching, the clouds overhead, and an interactive 3D spatialized soundscape all around, the viewer feels that nature is mighty and human beings only a tiny element.

A subtle interaction brings the viewer closer to the masterpiece: where the viewer looks, a seagull follows. Gliding through the sky by a flocking algorithm, the seagull is like a paintbrush that the viewer controls by their gaze. Gradually, layers of paint are added until the scenery shines in color, and the painting as we know it is recognized. 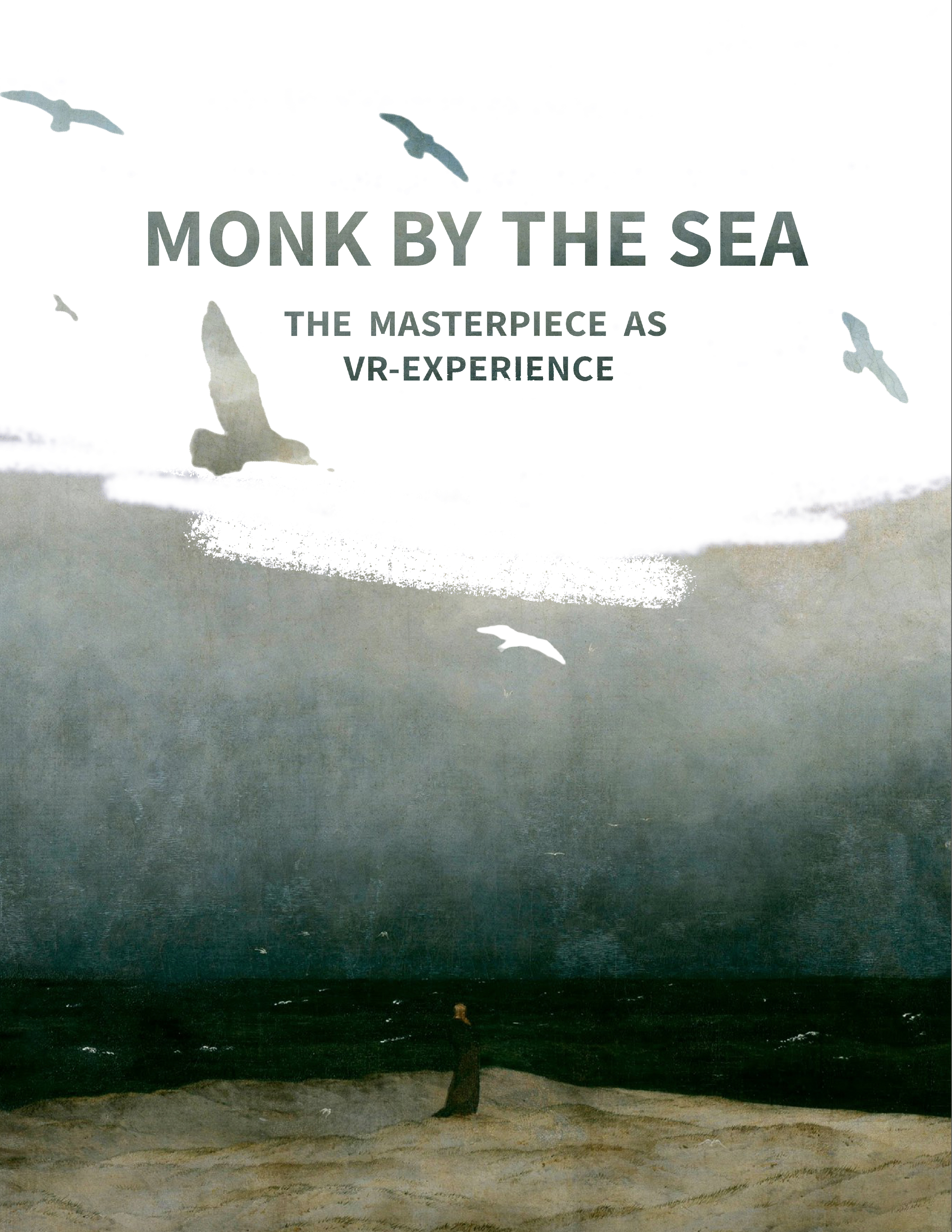