A VR scientific tale by Nina Barbier and Hsin-Chien Huang

THE STARRY SAND BEACH is a scientific fairy tale about the starry grains of sand found on multiple beaches across the East China Sea… This starry sand is called Baculogypsina sphaerulata, a particular species of Foraminifera, and is the protagonist of a local legend about the North Star, the Southern Cross and a mythical sea serpent…

The experience is divided into three parts: the legend, the underwater forest and the exploration of the Earth’s ancient geological memory, back to the birth of the foraminifera  400 million years ago. All throughout the experience and along with the foraminifera, you witness signs of the many threats to the marine and coral microorganisms, embodied by a sea serpent symbolizing the acidiﬁcation of the oceans.

You are then invited to travel vertically from the sea to the sky, starting in a small room before moving deep into the sea and ﬁnally returning to the stars, as innumerable as all the grains of sand on Earth. In this ever-changing game of scales, you will ﬁnd yourself similarly small amidst the stars and the foraminifera. The starry sand is the poetic vehicle which will take users from the bottom of the ocean to the depths of space. 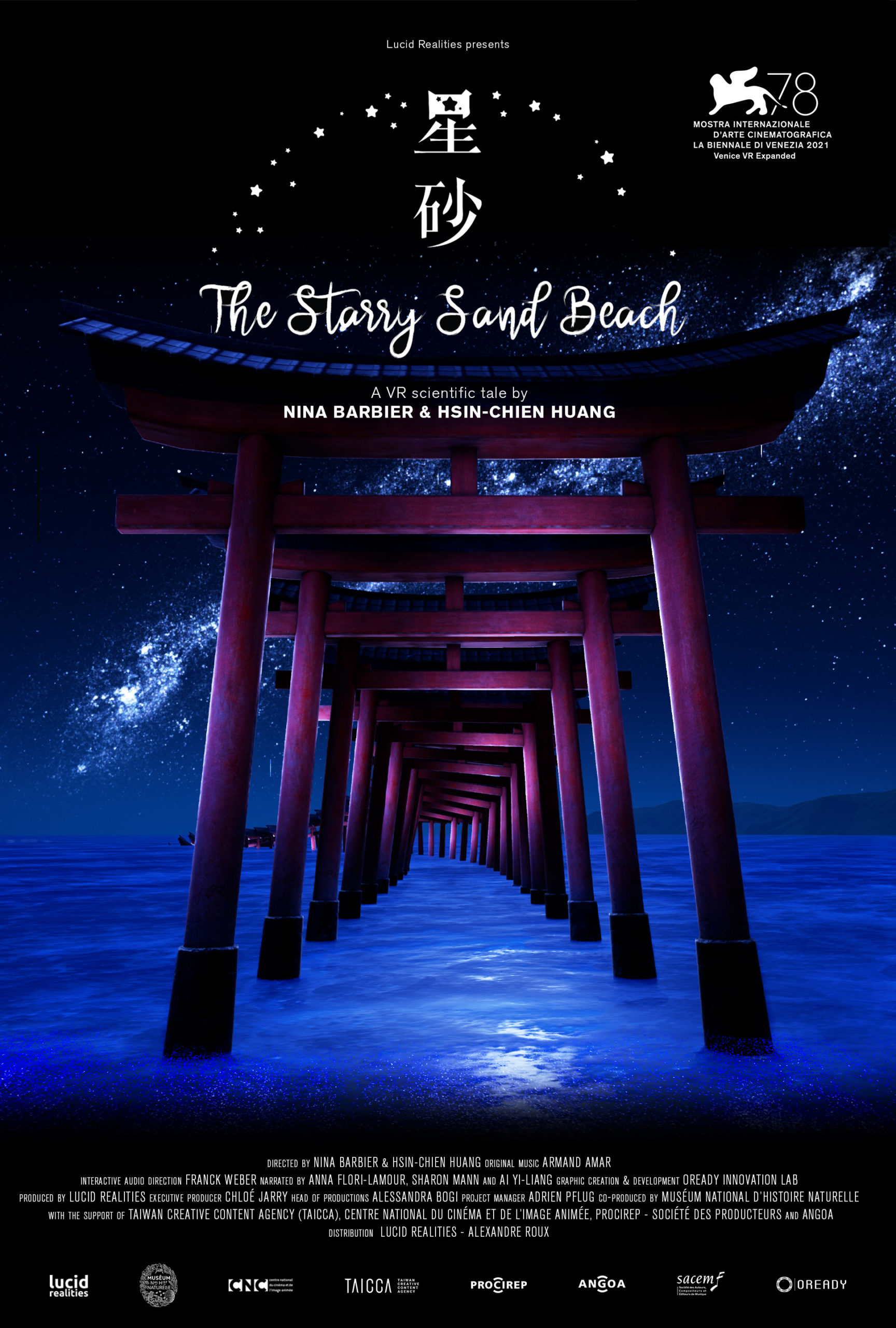