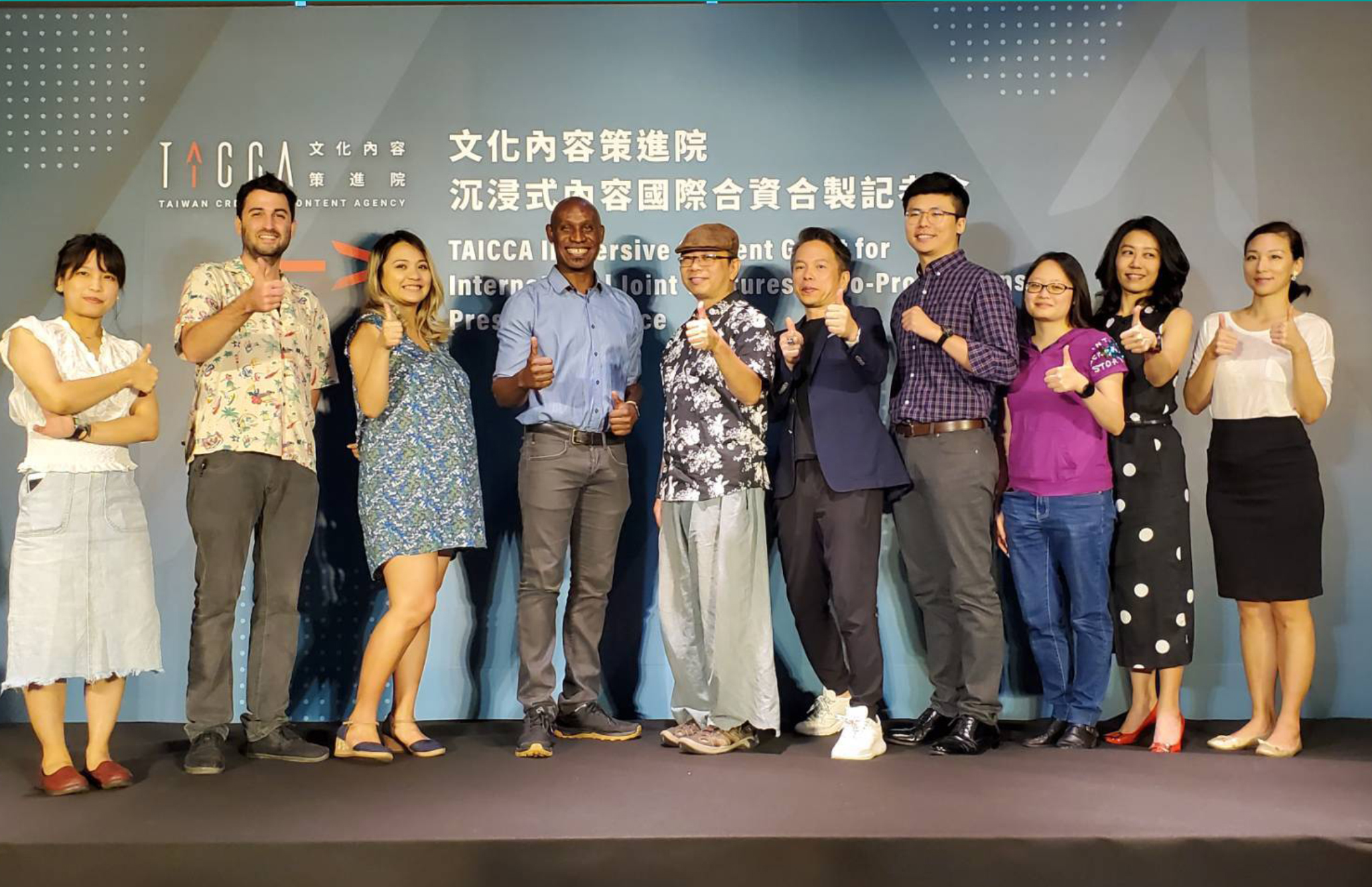 Lucid Realities, one of the five winning company to receive the first TAICCA’ grant

The Taiwan Creative Content Agency (TAICCA) yesterday announced five teams that have been selected to receive its newly established grant to encourage international collaboration on immersive content including Lucid Realities and Taipei-based Oready Innovation Lab for the project The Starry Sand Beach, co-directed by Nina Barbier and Hsin-Chien Huang.

The agency, which was established in June last year and is supervised by the Ministry of Culture, in March opened applications for its Immersive Content Grant for International Joint Ventures or Co-productions. At a news conference in Taipei, the agency said it received 34 proposals from teams in Taiwan, France, Japan, the US and the UK. The recipients of the grant were selected by a multinational group of 10 experts in cross reality (XR), and the arts and culture, the agency said.

Agency president Lolita Hu (胡晴舫), who chaired the selection committee, said the selection process took place during a virtual meeting that lasted from 10pm to 3am. Under the program, each of the selected teams would receive a NT$3.5 million (US$118,004) grant, she said. The agency and the selection committee would also support the teams throughout their development processes, she added. Their projects would be featured in the agency’s IP Showcase, a platform through which the agency recommends works to the world, Hu said.

One of the winning projects is by Paris-based virtual reality (VR) studio Lucid Realities and Taipei-based Oready Innovation Lab, which is expected to feature scenes from Penghu County’s Cimei Township (七美) and Kenting National Park, the agency said.

Another project is a collaboration between the UK-based production company Oiffy and Playerium, a game development studio based in Taipei’s Neihu District (內湖), it said. Playerium founder and chief executive officer Solomon Temowo said the two studios are working on a game that would tell the story of “what it’s like to be replaced by automation.” The Virtual and Physical Media Integration Development Association of Taiwan is to partner with US-based ScienceVR for a project titled “Through the Body,” led by artist Huang Hsin-chien (黃心健), the agency said. The other selected projects are “Missing Pictures” (大師狂想曲), which Taipei-based Serendipity Films would create in collaboration with French VR company Atlas V, and Etat Lab Theater’s “Anthem to the Fading Flowers” (花神祭).
(…)