An augmented reality project by
the creator of The Enemy, Karim Ben Khelifa

It was while filming THE ENEMY in Congo, his previous VR project, that Karim Ben Khelifa came up with the idea for SEVEN GRAMS.
Karim Ben Khelifa has discovered, ten years into his career as a war correspondent and photojournalist, that there is an unspoken moral contract that is established between the subject and the journalist. Why else would people accept to be photographed during some of the most difficult times of their lives? Do the people portrayed believe that journalism can have an impact on the events they are experiencing? For the last 5 years he has been experimenting with new ways of practicing journalism, using emerging media such as VR, AR and 360° soundscapes in order to find new ways to engage audiences. With SEVEN GRAMS, he wishes to provoke real awareness of the misdeeds inherent in this mineral trade in the DRC.

SEVEN GRAMS aims to bring the DRC’s tragedy straight to the smartphone that its mineral resources helped make via a free AR app on both IOS and Android systems. Through AR sequences, and an animated film, SEVEN GRAMS offers an entirely new way for people to understand the human cost that went into producing their smartphones. 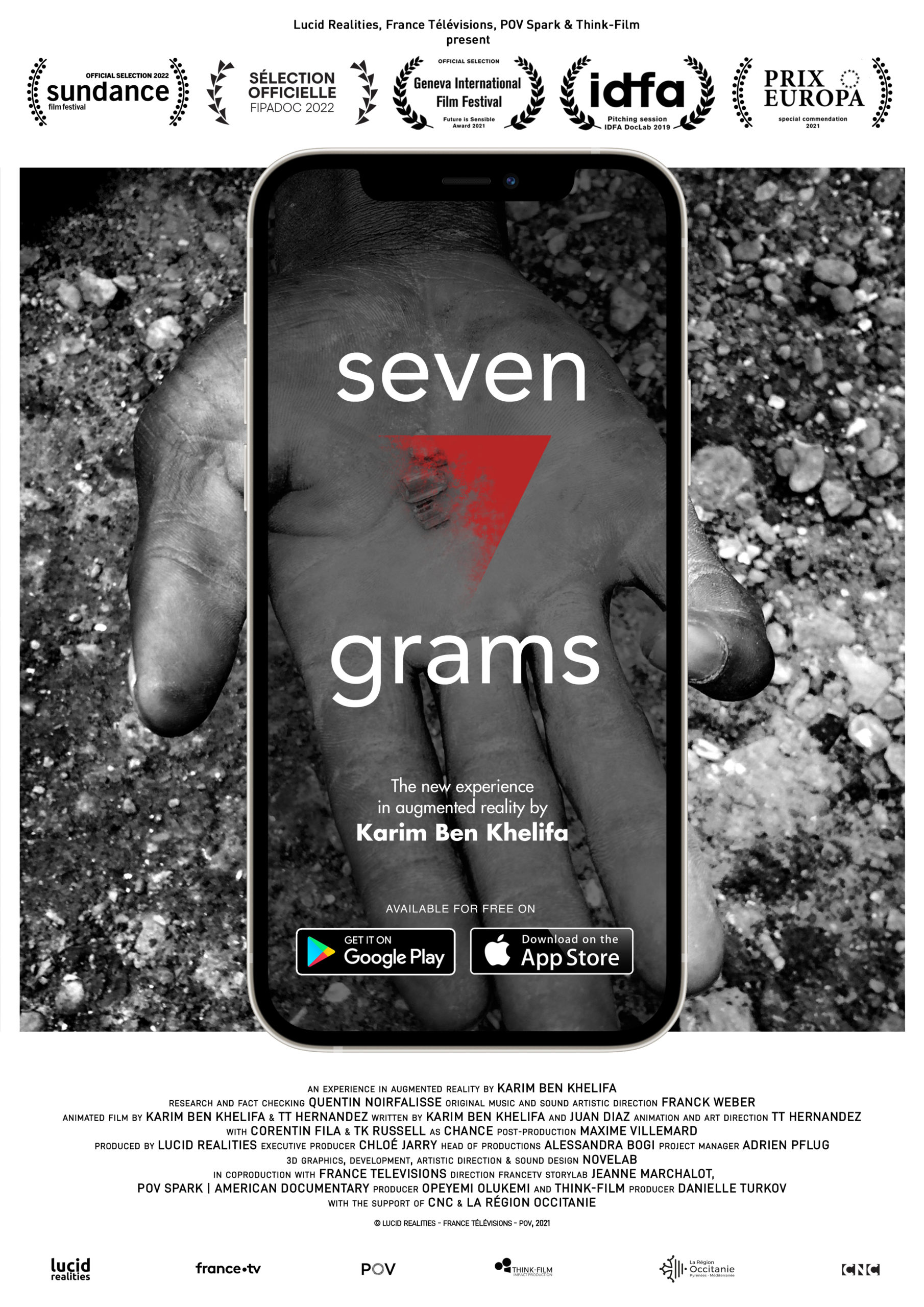