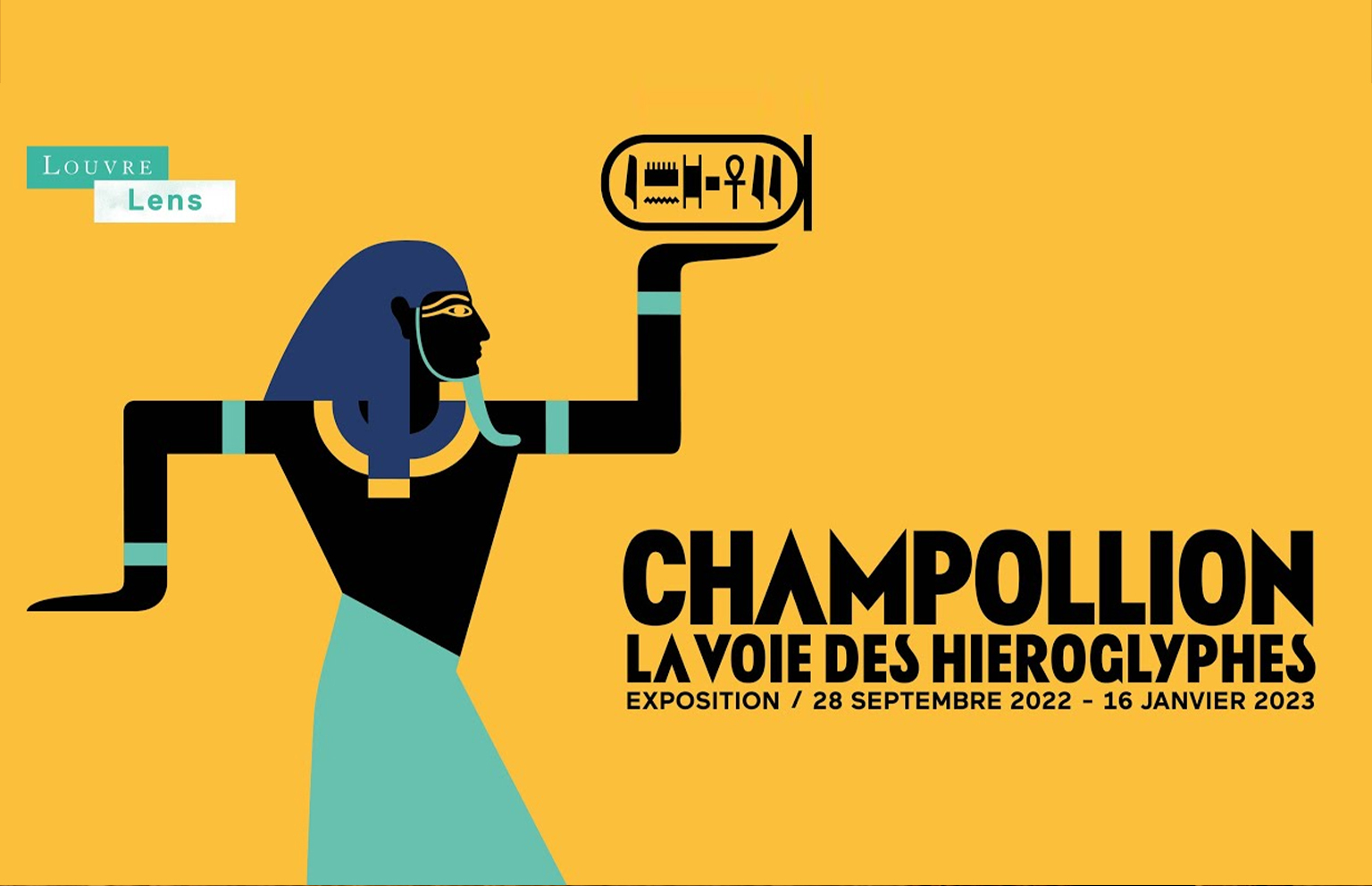 “CHAMPOLLION, the Egyptian” showcased in two prestigious French museums: the Louvre-Lens and the Louvre Museum

For the 200th anniversary of Champollion’s deciphering of the hieroglyphs, Lucid Realities and Tournez s’il-vous-plaît are pleased to showcase the virtual reality experience “Champollion, the Egyptian”, written and directed by Agnès Molia & Gordon, in two of the greatest French museums, also coproducers of the program: the Louvre-Lens, from 28th September 2022 to 16th January 2023 and the Louvre Museum in Paris, from 14th December to 9th January 2023

The Louvre-Lens: an exhibition event
“Champollion. The Hieroglyphic Way”

To celebrate the 200th anniversary of Champollion’s deciphering of the hieroglyphs and its 10th anniversary, the Louvre-Lens organized a major exhibition dedicated to one of the most fascinating emblems of Egyptian civilization: the hieroglyphs. The exhibition “Champollion. La voie des hieroglyphs” (“Champollion. The Hieroglyphic Way”), from 28th September 2022 to 23rd January 2023, proposed to decipher the history of Jean-François Champollion and the context which enabled this scientist to discover this thousand-year-old secret, through a visit of more than 350 works such as sculptures, paintings, art objects, documents, and graphic art. At the end of the exhibition, a VR space including 10 virtual reality headsets stations has been set-up by the team of Lucid Realities to present the experience “Champollion, the Egyptian”: a virtual visit of the temple of Abu Simbel, such as the one undertaken by Jean-François Champollion, 7 years after having pierced the mystery of hieroglyphs.

Louvre Museum: a special program combining a guided tour of the Egyptology collection and the VR experience

The Louvre Museum in Paris is also celebrating the anniversary by exceptionally offering the public, from September 28th to February 16th 2023, two guided visits entitled “Regarder et déchiffrer avec Champollion” (“Looking and deciphering with Champollion”) in the rooms of the Department of Egyptian Antiquities, with a rich program of activities and workshops. At the end of the guided visits, in another room, visitors can enjoy the virtual reality experience written and directed by Agnès Molia & Gordon and co-produced by Lucid Realities, Tournez s’il-vous-plait, Louvre-Lens, the Louvre Museum. Thanks to a virtual reality device, visitors could slip into Champollion’s shoes to relive the intimate experience of his entry into the temple. By the light of the torch, accompanied by the voice of Champollion, the visitor-explorer enters the temple, reconstructed from David Roberts’ watercolors. Step by step he discovers its masterpieces, from the gigantic bas-relief of the battle of Qadesh to the sculptures of Ramses II and the gods Ra-Harakhty, Amun-Ra and Ptah…