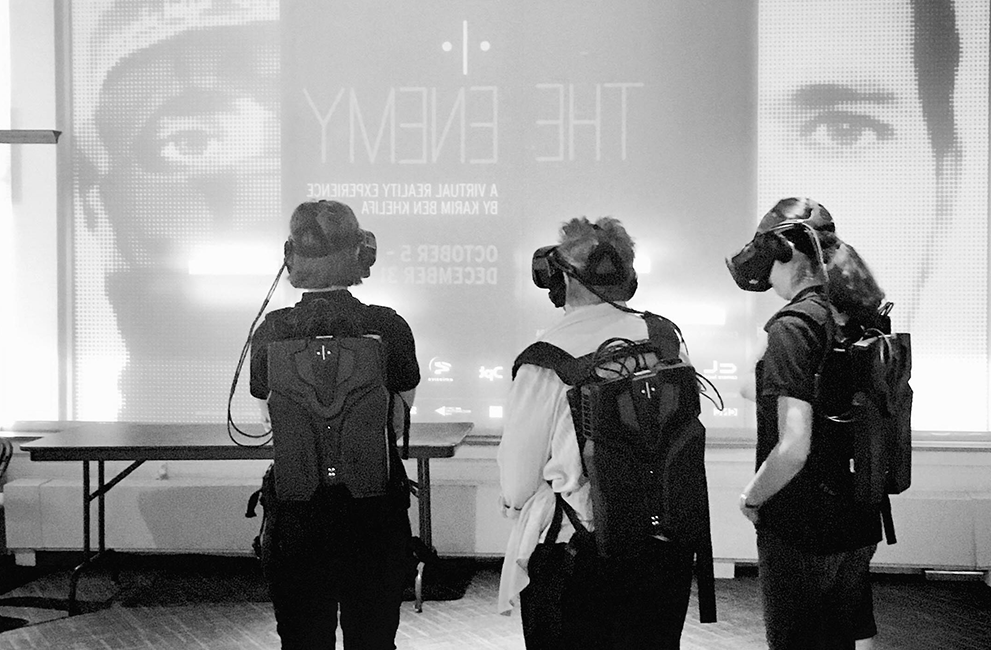 THE ENEMY: North American premiere at the MIT Museum

“Just had one of the most profound museum experiences of MY LIFE” – Jared Bowen, WGBH

The Enemy by Karim Ben Khelifa, a groundbreaking interactive Virtual Reality (VR) exhibition and immersive experience, makes its North American premiere at the MIT Museum. Through 360-degree imaging and recordings, participants will encounter combatants on opposite sides of conflicts in Israel/Palestine, the Congo, and El Salvador. In their own words, each will offer personal perspectives on war, including thoughts on motivations, suffering, freedom, and the future.

The Enemy is open daily October 5 through December 31 – except November 4, November 23 and 24, and December 24 and 25. We have also added an additional Friday night on December 29.